El Pacífico: early architecture and landscape during the Formative period of the Central Andes 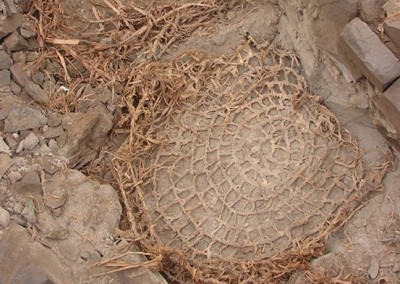 Despite archaeological interest in the study of the origins of public architecture in the Andes, there remain a number of gaps in our knowledge, especially in the area between the Chancay and Lurin Valleys on the central coast of Peru. This situation may, in part, result from how we have approached the study of the Formative period. In particular, the lack of intensive studies in several types of sites and valleys means that we have incomplete knowledge of wider settlement systems. As a result, we know very little about the existence of smaller settlements, only the great public centres. Nor do we understand how the unique occupational histories of each site and valley developed. This is despite the fact that investigations of the period began with middens and sites with modest architecture such as Bellavista or Ancón (Uhle 1906; Rosas 2007). Yet this shortcoming has not been an obstacle to formulating explanatory models, which have focused on the origin of early public architecture. The current dominant explanatory model for the emergence of architectural monumentality focuses on the concept of the concentration of power (e.g. Haas 1982; Trigger 1990). Our project at El Pacífico takes a different perspective, seeing these mounds as a palimpsest of social experiences and socially constructed places to preserve community memory and traditional patterns of life (Dillehay 1990; Tilley 1994; Rosenswig & Burger 2012; Flores 2014).

First published in:
Issue 357, Volume 91
Other Project Gallery articles from this issue:
On the Late Pliocene stone tools of the Quranwala Zone, north-west sub-Himalayas, India
An Acheulean biface from the Deh Luran Plain, Iran
Recent investigations of the early prehistory of the Wainganga River basin, eastern Maharashtra, India
Drenovac: a Neolithic settlement in the Middle Morava Valley, Serbia
Discovery of obsidian mines on Mount Chikiani in the Lesser Caucasus of Georgia
A prehistoric pyramid in the shape of a volcanic cinder cone, Nepeña Vallery, Peru
Newly discovered rock art sites in Balandar, Mashhad province, north-eastern Iran
The discovery of an ancient Maya causeway system in the southern Maya Mountains of Belize
Search the Project Gallery