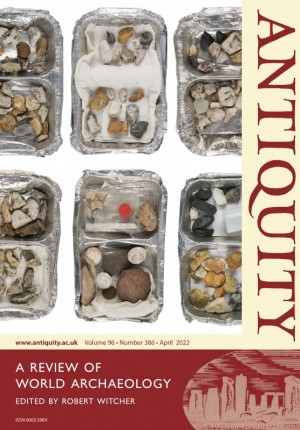 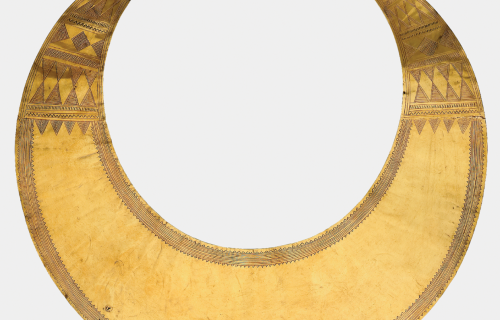 Established chronologies indicate a long-term ‘Hoabinhian’ hunter-gatherer occupation of Mainland Southeast Asia during the Terminal Pleistocene to Mid-Holocene (45 000–3000 years ago). Here, the authors re-examine the ‘Hoabinhian’ sequence from north-west Thailand using new radiocarbon and luminescence data from Spirit Cave, Steep Cliff Cave and Banyan Valley Cave. The results indicate that hunter-gatherers exploited this ecologically diverse region throughout the Terminal Pleistocene and the Pleistocene–Holocene transition, and into the period during which agricultural lifeways emerged in the Holocene. Hunter-gatherers did not abandon this highland region of Thailand during periods of environmental and socioeconomic change.

Common assumptions about the ephemeral archaeological signature of pastoralist settlements have limited the application of geophysical techniques in the investigation of past herding societies. Here, the authors present a geophysical survey of Luxmanda, Tanzania, the largest-known settlement documented for the Pastoral Neolithic era in eastern Africa (c. 5000–1200 BP). The results demonstrate the value and potential of fluxgate gradiometry for the identification of magnetic anomalies relating to archaeological features, at a category of site where evidence for habitation was long thought to be undetectable. The study provides comparative data to enable archaeologists to identify loci for future investigations of mobile populations in eastern Africa and elsewhere.

Scholars have long seen in the monumental composition of Stonehenge evidence for prehistoric time-reckoning—a Neolithic calendar. Exactly how such a calendar functioned, however, remains unclear. Recent advances in understanding the phasing of Stonehenge highlight the unity of the sarsen settings. Here, the author argues that the numerology of these sarsen elements materialises a perpetual calendar based on a tropical solar year of 365.25 days. The indigenous development of such a calendar in north-western Europe is possible, but an Eastern Mediterranean origin is also considered. The adoption of a solar calendar was associated with the spread of solar cosmologies during the third millennium BC and was used to regularise festivals and ceremonies.

Sophisticated metrological systems were common in the European Bronze Age and mass-regulation has been argued for various classes of object, including gold artefacts. A recent study published in Antiquity used Cosine Quantogram Analysis to demonstrate mass-regulation in a small sample of gold objects from Britain, Ireland and France. Since then, substantial quantities of new data from British Bronze Age gold objects have been collated. Here, the author presents the results of Cosine Quantogram Analysis on nearly 1000 such objects—the largest sample analysed to date. The results demonstrate that, even though some regularities can be discerned, mass-regulation is no longer a tenable interpretation of gold objects from Bronze Age Britain.

The sacred pool of Ba'al: a reinterpretation of the ‘Kothon’ at Motya
Lorenzo Nigro
View abstract

The Phoenician island-city of Motya, off the west coast of Sicily, has long been a focus of archaeological research. Earlier excavations identified a large rectangular basin interpreted, by analogy with Carthage, as a ‘kothon’ or artificial inner harbour. Recent investigations of this feature, however, lead the author to a new interpretation. Rather than a harbour, the so-called ‘Kothon’ is revealed as a sacred freshwater pool at the centre of a monumental circular sanctuary hosting three large temples. The pool, watched over by a statue of Ba'al, also served as a surface for observing and mapping the movement of stars, as emphasised by the alignment of structures and features positioned around the sacred enclosure.

Human responses to catastrophic natural events form an important research theme in archaeology. Using excavation and radiocarbon data, this article investigates the socio-cultural impact of the mid-first-millennium AD Tierra Blanca Joven eruption at San Andrés, El Salvador. The data, along with an architectural energetic analysis of the Campana structure at San Andrés, indicate that survivors and/or re-settlers made considerable efforts to construct monumental buildings immediately following the eruption, using volcanic tephra as construction material. Such re-building played important religious, social and political roles in human responses to the eruption. The study contributes to discussions about human creativity, adaptation and resilience in the face of abrupt environmental change.

The post-mortem manipulation of human bodies is documented in many regions of the world, including South America. Recent archaeological fieldwork in the Chincha Valley, Peru, adds to this catalogue nearly 200 examples of the threading of human vertebrae onto reed posts. Here, the authors report on the distribution and composition of these ‘vertebrae-on-posts’, which are radiocarbon-dated to the Late Horizon (AD 1400–1532) and Colonial (AD 1532–1825) periods. The authors argue that these modified remains represent a social process that reconstructed the dead in response to Colonial-period looting. This manipulation of human remains reflects protracted relationships between the living and the dead, and the enduring social lives of human remains.

Without rapid international action to curb greenhouse gas emissions, climate scientists have predicted catastrophic sea-level rise by 2100. Globally, archaeologists are documenting the effects of sea-level rise on coastal cultural heritage. Here, the authors model the impact of 1m, 2m and 5m sea-level rise on China's coastal archaeological sites using data from the Atlas of Chinese Cultural Relics and Shanghai City's Third National Survey of Cultural Relics. Although the resulting number of endangered sites is large, the authors argue that these represent only a fraction of those actually at risk, and they issue a call to mitigate the direct and indirect effects of rising sea levels.

Around the world, millions of people live with dementia. Archaeologists have advanced heritage engagement as a form of therapy, for example, through museum object handling. Here, the author proposes an alternative focus, arguing that archaeology can contribute to research on the materialities of care. Through a case study of a ‘dementia assemblage’ curated by an avocational archaeologist, the author documents the embodied and material traces of the collector's earlier archaeological practices, their increasing comfort in handling stone as dementia progressed and their sustained interest in the pareidolic properties of things. The results contribute to a wider understanding of the important role of materiality for those living with dementia.

Armed conflicts frequently result in the damage or destruction of archaeological heritage. The occupation by ISIS of parts of Iraq and Syria is no exception. Here, the authors present the results of work focused on Nineveh, as part of a wider research initiative to monitor damage inflicted by ISIS at archaeological sites in northern Iraq. Combining satellite imagery, low-level aerial photography and ground-based reconnaissance, the project presents a condition assessment of Nineveh, as well as a new topographic map of the city. The results demonstrate that a few high-profile acts of deliberate vandalism were accompanied by much more extensive damage caused by construction and rubbish dumping extending across substantial parts of the site.

We explore the long-term environmental and human history of a small outer coast archipelago on the Northwest Coast in western Canada. Using relative sea-level change, we reconstruct ancient landscapes to design archaeological surveys that document a rich archaeological record spanning at least 11 000 years and demonstrate the cultural centrality of this geographically marginal landscape.

Archaeological fieldwork at the fortified site of Kuiyukexiehai'er (Koyuk Shahri) in the Xinjiang Uygur Autonomous Region of north-western China yields the earliest known evidence for urban occupation in the Tarim Basin, providing new insights into early urbanism and agro-pastoral subsistence practices in the region during the first millennium BC.

Reconstructing the history of elite communication in ancient China benefits from additional archaeological evidence. We combine textual analysis with new human stable carbon and nitrogen isotope data from two Chu burials in the Jingzhou area to reveal significant dietary differences among Chu nobles of the middle Warring States period (c. 350 BC). This research provides important new information on the close interaction between the aristocratic families of the Qin and Chu.

This article presents an innovative methodology in which virtual reality-based eye-tracking techniques and 3D Geographical Information Systems are employed to record and measure human visual attention within the virtually reconstructed space of a Pompeian house.

Contrasting the use of space in post-Roman Exeter: geoarchaeology of dark earth and medieval deposits below Exeter Cathedral
Richard I. Macphail, Chris J. Carey and John P. Allan
View abstract

European urban dark earth investigations have aided our understanding of Late Roman and early medieval populations and their activities. Deposits from two locations below Exeter Cathedral were compared in a geoarchaeological study and contrasting uses of space were identified. This supports the need for case-by-case investigations of urban deposits.

The transformation of Second World War heritage sites is a common challenge for today's memory culture. In this project, we combine ground truthing with drone-based, high-resolution laser scanning to document recent anthropogenically and environmentally caused transformation processes, and to raise public awareness of the importance of the ever-changing conflict landscape of the ‘Huertgen Forest’.