A fifth-millennium BC cemetery in the north Persian Gulf: the Zohreh Prehistoric Project 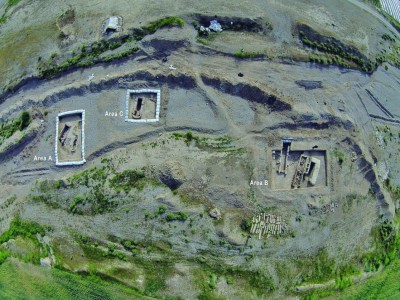 The Zohreh Prehistoric Project (ZPP), a long-term archaeological research programme focused on the river valley south of the modern city of Behbahan in Khuzestan Province, was launched in April 2015 (Figure 1). The valley, which lies in close proximity to the northern coast of the Persian Gulf, was surveyed extensively during the early 1970s by Hans Nissen from the Oriental Institute of the University of Chicago (Nissen & Redman 1971; Dittmann 1984, 1986). The ZPP aims to develop full-coverage archaeological survey of the valley, focusing on the human landscape over time, mostly in relation to settlement hierarchy and dynamics, modes of production and the emergence of regional centres at the end of the fifth and beginning of the fourth millennia BC. The focal point for the project is the principal site of the Zohreh Valley, known as Tol-e Chega Sofla (39RN1Q22108; the site was previously registered as Chogha Sofla, BZ.71 (Dittmann 1984: 110). We have changed this to reflect its local name. The digital reference is the unique Iranian archaeology map registration number.

First published in:
Issue 353, Volume 90
Other Project Gallery articles from this issue:
New Palaeolithic and Mesolithic sites in the eastern Aegean: the Karaburun Archaeological Survey Project
New investigations at the Middle Stone Age site of Pockenbank Rockshelter, Namibia
Re-survey and spatial analysis of landscape developments during the first millennium BC on Cyprus
Seeds of collapse? Reconstructing the ancient agricultural economy at Shivta in the Negev
Search the Project Gallery